History of the Columbia College Library

The South Loop was known in the mid to late 20th century for its clubs: strip clubs, dance clubs, night clubs and bars. In the midst of the partying was the Columbia College campus and Library.

1890 –  Ida Morey Riley and Mary Blood create Columbia’s library from scratch, combining their personal bookshelves. By 1905, they have more than 1,000 books available to students.

This book was from Mary Blood and Ida Morey Riley’s personal libraries.

1927 – Pestalozzi-Froebel Teachers College and Columbia College Chicago merge their libraries. The library was eventually split after 36 years in 1963, Columbia receiving less than half of the books. 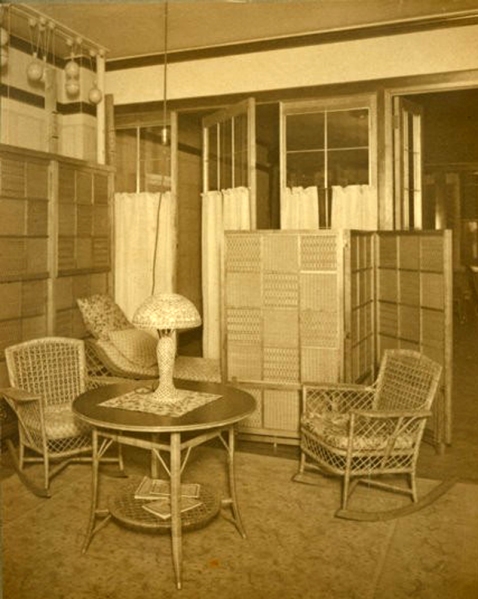 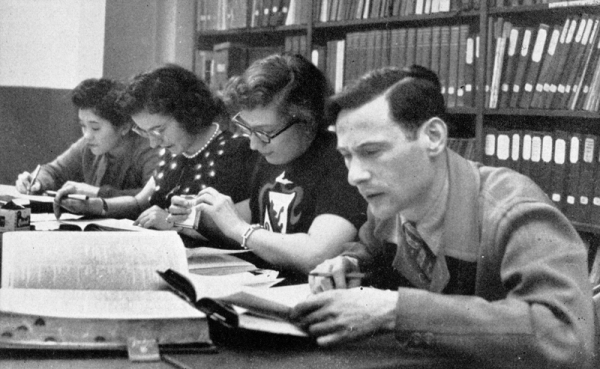 Students studying in the Library in the 1950s

1982 – The local YMCA community college shuts its doors and Columbia acquires its library.

1995 – Columbia moves into the 624 S. Michigan building on the first 5 floors where it remains today. It replaced a night club called the Blue Angel. The building was also previously an opera house and a movie theater.

Today Columbia’s library also includes a college archives, Art In The Library, a special collections unit, and the one of the most comprehensive art and photography selection in the state of Illinois. No longer is the Library surrounded by clubs, but by other Columbia campus buildings, various hotels, restaurants, apartments, colleges and businesses.

Calley Nelson is a freelancer based in Chicago who enjoys collecting records, going to rock shows, and writing fiction. She is currently Director of Communications at Lpdeezign and the editor of I AM FEMINISM MAGAZINE. Follow her @calleynlsn
View all posts by Calley Nelson →
This entry was posted in Columbia College and tagged college history, ida morey riley, Library, mary blood, past and present, south loop, students. Bookmark the permalink.